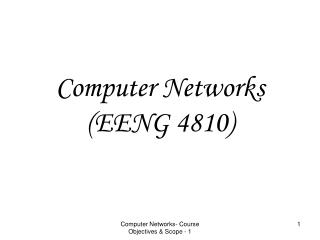 Computer Networks Chapter 3: Internetworking - . problems. in chapter 2 we talked about how to connect one node to