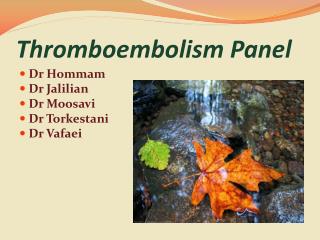 Thromboembolism - . definition blood clot may form in the deep veins of the legs and embolize to the pulmonary