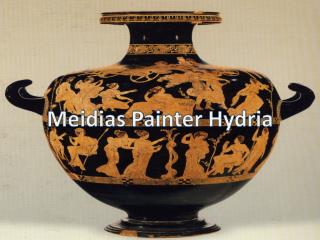 Meidias Painter Hydria. Attribution Details. This was made between 410-400 BC The size of the vase is 52 cm Potter: Meidias The painter is unknown since he did not sign his name but as he worked with the potter Meidias , he is known as the Meidias Painter. Shape.

Finding a Professional Painter - If you are live in usa and you will finding a professional panters. then you can find WHAT TO EXPECT FROM A PROFESSIONAL INTERIOR PAINTER? - In order to color your home, you can hire a genuine interior

1928 Pittsburgh, America American Painter the founder of pop art 1987 - Buried in pittsburgh,in the usa. elvis i and ii

Residential Painting Service in Sydney - Looking for a local sydney house painter to paint up your new home? or simply

Jan Van Eyck - . by: clark kelley p-1. background information. he was born in the netherlands. he started painting in

Professional House Painter Brisbane Can Add Value to Your Home. - Our website http://www.housepainterbrisbane.com/our

House Painter - 1877painters helps to find a house painter that can help with home painting. from the whole usa