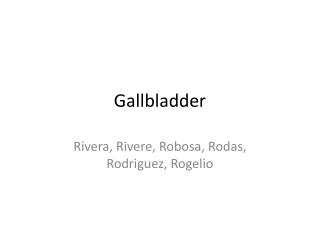 The Gallbladder - . function. interesting facts. stores bile that it excretes into the small intestines to aid in the

Structure and Function: The Gallbladder - . by benjamin kok and samuel yee. the gallbladder . a small muscular sac that