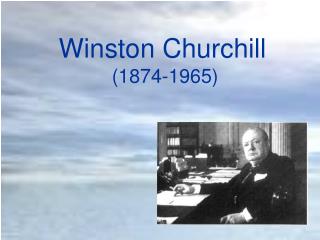 Winston Churchill - . --politician, writer and painter. don ’ t be content with things as they are. the earth is yours

Winston Churchill Writer of the Century - . by sean moran. a short biography. born on november 30, 1874 to lord and lady