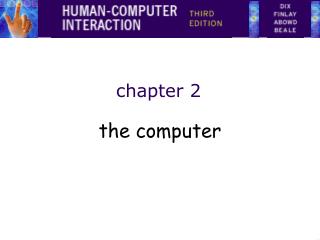 chapter 2. the computer. The Computer. a computer system is made up of various elements each of these elements affects the interaction input devices – text entry and pointing output devices – screen (small&large), digital paper virtual reality – special interaction and display devices