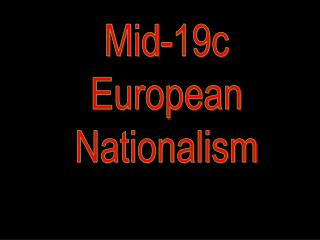 Nationalism and European Unity - . the origin of european unity. europe was 'united' at several times in the past, mainly

Nationalism - . unification of germany &amp; italy. nationalism . empires in europe were made up of many different

Nationalism - . january 17-22, 2014 objective: students will examine the concept of nationalism and its impact on the

Nationalism - . world war ii is one of the most important and glorious chapters of american history. the actions of the