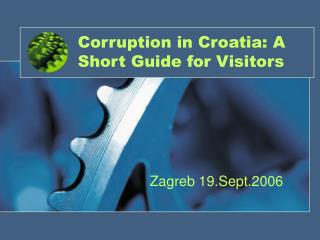 NATIONAL SECURITY - . is a concept that a government, along with its parliaments, should protect the state and

AUDIT TO DETECT FRAUD AND CORRUPTION: EVALUATION OF THE FIGHT AGAINST CORRUPTION AND MONEY LAUNDERING - . the 10th asosai

Political Corruption in the Gilded Age - . bell work: please respond to the scenario below in your

Croatia - . singing: klapa krk song: golden island. translation - google!. i sland of krk is the largest on the adriatic