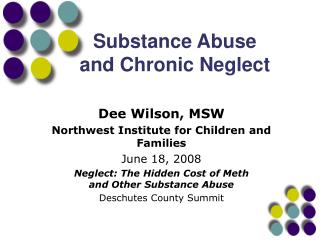 An Overview of Violence Against Children with Disabilities - . presented by: nora j. baladerian, ph.d., cst, bcfe

Substance Abuse, Co-Dependency and Family Systems - . the bowen system and the alcoholic/addict family by russell