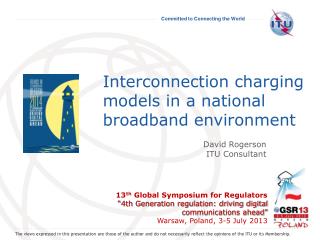 Broadband Adoption at Home in the U.S: Growing But Slowing - . john b. horrigan presented at “internet use in the

REDUNDANCY - Broadband - . dr. john p. abraham professor utpa. this slide series is a summary of what we discussed in