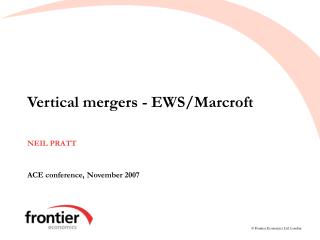 APPENDIX B FOUR-POST VERTICAL EXCITATION TEST - . four-post vertical excitation test. this tutorial teaches you how to

The Vertical boundaries of the firm - Vertical chain activities starting from acquisition of raw materials to the ...