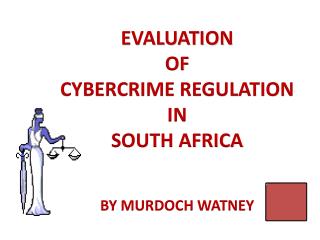 EVALUATION OF CYBERCRIME REGULATION IN SOUTH AFRICA BY MURDOCH WATNEY EVALUATION OF CYBERCRIME REGULATION IN SOUTH AFRICA BY MURDOCH WATNEY

South Africa &amp; Apartheid - . do or die assignment . define the term or person assigned. terms: find out as much

The republic of south sudan - . the flag and army coat . south sudan is a country number 193rd according to un membership