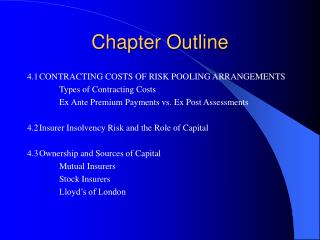 Chapter 10 Capital Markets and the Pricing of Risk - . chapter outline. 10.1 a first look at risk and return 10.2 common

Chapter 5 Rooms Division Operations - . after reading and studying this chapter, you should be able to:. outline the