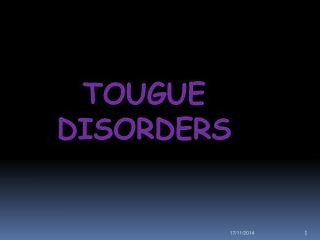 TOUGUE DISORDERS. Tongue disorders. The tongue is mainly composed of muscles. It is covered with a mucous membrane . Small bumps (papillae ) cover the upper surface of the tongue. Between the papillae are the taste buds , which provide the sense of taste.