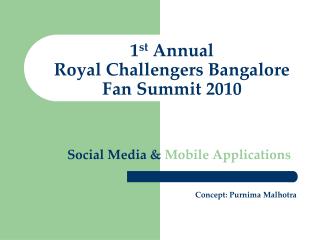 ROHS Student Leadership Summit - . welcome!. why?. it’s time we won’t be distracted by other business you are all

Calling all Phonics Challengers! - . this has been a busy week! we have learned many graphemes for the /igh/ and /er/

Annual Summit Meetings - . “confronting the brutal facts” or preparing for the future: foresight to insight to

Challengers The real Fighters - Business quiz. challengers the real fighters. first round. which was the first private