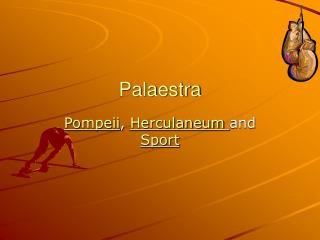 Palaestra. Pompeii , Herculaneum and Sport. Pompeii. The Pompeii Palaestra was built during the Augustan Period. It was located on 141 x 137 meters of land. There were ten gates that led into the palaestra and had a wall that surrounded it.