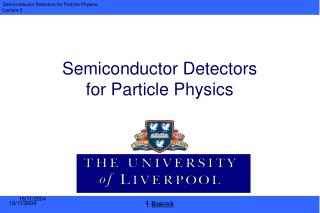 Semiconductor Detectors - . it may be that when this class is taught 10 years on, we may only study semiconductor

Particle Detectors - . thomas coan smu. what to detect? how to probe? what is a “detector?” putting it all together