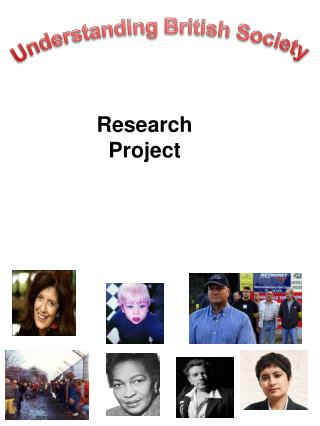 Question - . do you think that women have achieved equality with men in british society today? discuss with your partner

UNDERSTANDING THE BRITISH EDUCATION SYSTEM - . our aim: every child matters. our key outcomes for children and young

Unit 1 - . introduction to the history of the british immigration control. questions. is uk a multicultural society? how

The British Household Panel Survey - . rhys davies. introduction. the bhps is an annual survey consisting of a nationally

Understanding Foner - . chapter 4: slavery, freedom. and the struggle for the empire to 1763. http://

Exploring the influence of others: Modelling social connections in contemporary Britain - . understanding society

Presentation to the British Society of Criminology, Cardiff, June 2009 - . researching gangs in glasgow: a critical