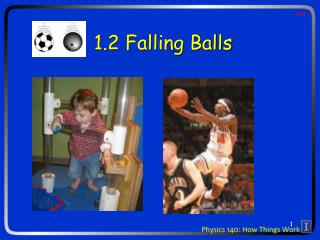 ball. 1.2 Falling Balls. Ideas for today:. Weight Acceleration due to gravity Falling objects Horizontal and vertical motion. Recap. The force exerted on an object is equal to the product of that object’s mass times its acceleration .

4 MAN MECHANICS - . general principles. in 4 man crew someone will always go out on fly balls and once out stays out;

VERTIGO - . illusion of motion interpreted as self movement or environmental movement rotating with spinning sense of

VI. Competing technologies - . a naïve question. what if the old technology can be used along with the new one? would

Types of Cookies - . classification of cookies. by the fluidity of the dough/batter by the way they are formed. bar

How to make a Chinese Dragon - . by 3a and mrs lim. step 1. to make the dragon we needed a box, some wire, scissors,