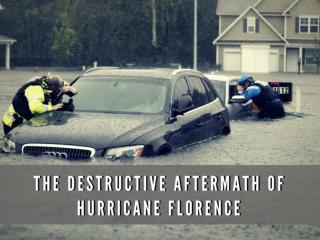 The destructive aftermath of Hurricane Florence Hurricane Florence lashed the Southeast coast of the United States. The storm dumped heavy amounts of rain across the region and killed at least 32 people.

The destructive aftermath of Hurricane Florence

Hurricane Ike - . forecast tracks are updated at 5 and 11. position updates are at 8 and 2 (as needed ). questions to

Aftermath: End of a World - . ~16: 2 0. for the victors who celebrated in the streets of cities across the globe the

Race and Poverty in America: What Hurricane Katrina Has Revealed - . john a. powell williams chair in civil rights