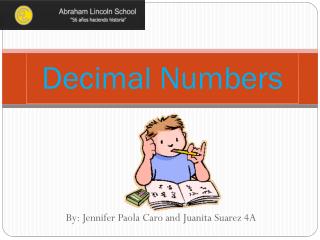 Dividing Decimals by Whole Numbers - . today we will…. divide a decimal by a whole number. show a remainder as a

Rounding Decimal Numbers - . sometimes close enough is good enough!. why do we need to know how to round decimals?. molly

Compare and Order Decimals - . 7 th grade math august 28, 2013 ms. defreese. how do you know whether to start with the

Which of the following numbers represents 74% as a fraction and a decimal? (in simplest form) - Tues - bell work – when

3-3: Rounding Decimal Numbers - . sometimes close enough is good enough!. molly has $16 in her pocket. she buys: 3

Decimals - In our number system, digits can be placed to the left and right of a decimal point, to indicate numbers

Multiplying Whole Numbers and Decimals - . lesson 2-2. things you need to know…. do not line up the decimal points!

Rounding whole numbers and Decimals - . the purpose of rounding…. why do we use rounding? we round numbers to make them

I can order decimal numbers up to three decimal places (4a) - . put these decimals in ascending order (smallest to

Multiplying Whole Numbers and Decimals - . ms. joseph 6 th grade mathematics. things you need to know…. do not line up