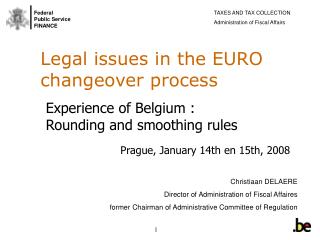 The Euro Changeover in Slovakia - . general assesment. igor barát p lenipotentiary of the slovak government for the

Chapter Objective: This chapter serves to introduce the student to the institutional framework within which: - The

Euro fanatics - Fans find jubilation, heartbreak and violence on the sidelines at the euro 2016

Legal Process I - . power point slides. what do you think if you see this road sign?. resume safe speed. what do you do

Fans at Euro 2012 - Football without fans looses most of its beauty, especially at the euro cup tournaments. some happy,