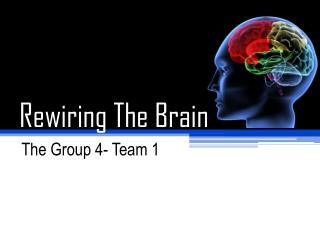 The Brain - . what does the brain do?. what are the parts?. how good is your brain at problem solving?.

THE BRAIN - . prepared by dr. mary custureri from material included in instructional strategies: helping all students

Bouncing Back: Rewiring the Brain for Resilience and Well- Being - . marin camft, january 17, 2014 linda graham, mft

The Brain - . discuss the use of brain imaging technologies in investigating the relationship between biological factors

The Brain - . cerebral hemispheres. how is the brain organized? define the major lobes distinguish between gyri and sulci

The Brain - . by the end of the lesson you should be able to describe the structure and function of the brain state the

Rewiring the Region’s Financial Architecture - . delivering a payment system for the 21 st century in the caribbean.