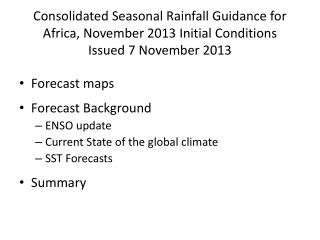 November 2013 - Monitoring and evaluating your school development plan hollie king. november 2013. in this session we

November 7, 2013 - Warm up: what disease does the protozoan plasmodium cause in humans? homework: finish the meiosis

November, 2013 - . next steps need to look at new assessment rubric and start looking at monitoring measurable

Classwork November 7, 2013 - For each of the following, explain the event, what caused it and what were the immediate

November 2013 - Reducing the infant mortality rate in cincinnati and hamilton county. november 2013 . why?. speak up for

7 November 2013 Imagine… - . you are an ancient greek man or woman who fell asleep one night at the base of mt.