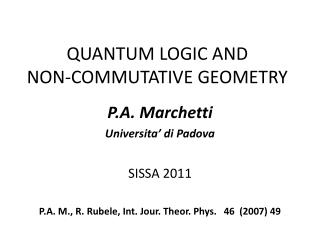 Quantum Computing - . david dvorak cis 492. quantum computing overview. what is it? how does it work? the basics