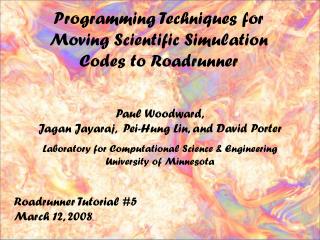 SIMULATION TECHNIQUES - . introduction . what is digital simulation? design a model for a real or proposed system execute

Introduction To Scientific Programming - . chapter 7 – inheritance or (more on classes). lecture overview on

scientific programming - . a language comparison or why python is really the best. determine. programming languages. how

Using MICE to verify simulation codes? - . andreas jansson. intro. recently, there has been a lot of discussion about

Programming techniques - . lec 6 data types. variable: its data object that is defined and named by the programmer