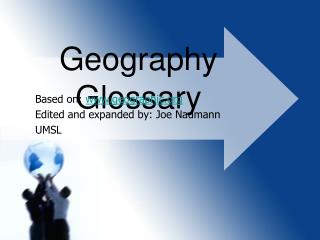 Aim: How has geography affected human development? - . vocabulary: the bolded words in this slide show. where are we?.

1. Computer Glossary - . user: you! the person working the computer. computer: a machine which processes information by