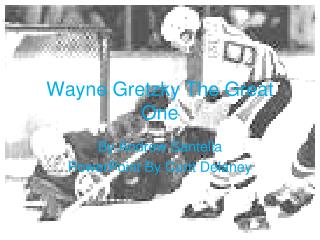 Wayne Gretzky The Great One Wayne Gretzky The Great One. By Andrew Santella PowerPoint By Curtt Delaney. Introduction. Gretzky was born on January 26 th 1961 in Brantford, Ontario

Wayne Gretzky The Great One

The Great Depression - . the crash of 1929 financial panic causes of the great depression consequences of the crash the

The Great Depression &amp; the New Deal - . 1. what were the causes of the great depression?. stock speculation weak