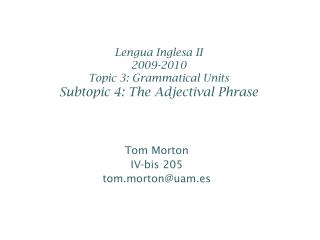 RESULTS FROM THE DATA ACQUISITION IN SOME GIG-LM RESERVOIRS BY SATELLITE REMOTE SENSING - . authors: peña-martínez,

Chapter 2 - . data analysis: basic concepts. topic 3. base units. there are seven base units in si. a base unit is a

Syst è me Internationale SI Units - . si is a system of measurement used in science based on powers of 10. units are