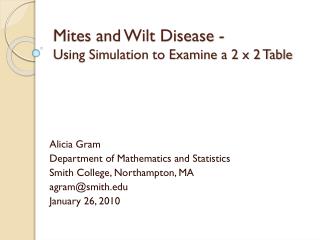 3.01C Table Appointments - . all the items needed at the table to serve and eat a meal. 3.01c table appointments.

health - . who defines as “state of complete mental, physical, and social well-being” environmental health focuses on

Name That Disease - Test 2 partial review caution: this is not a complete review. you still need to go over the power

Neurodegenerative disease models - . neurodegeneration models in c.elegans. the development of transgenic models, has