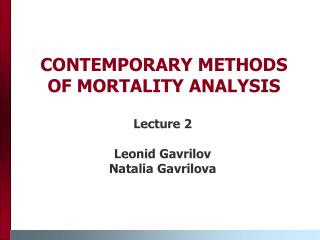 Principles and methods of contemporary diplomacy - . the main topics. 1) evolution of diplomacy; 2) theory of