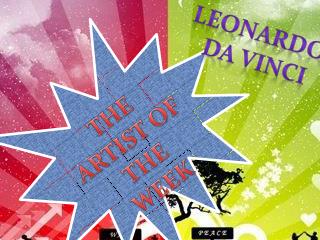 Week 6 Artist - . discussion question for week : what was franklin delano roosevelt’s wpa program and how was rivera

The Artist - . henri matisse. i am an awesome artist. i fill my mind with art. i learn about other artists that lived

The Artist - . story illustrated by kristi reyes with images from google. anthony flores, police officer. medal from the

ARTIST OF THE MONTH - . jay sean. this is how jay sean looks. jay seans general biography

Functions of the Artist: - . an analysis of what art accomplishes as an integral part of our culture. artists have to

In the Words of the Artist - . pablo picasso “as one grows older, art and life become one and the same.”

The Missing Artist - . salvador dali wants you to play a game! your mission is to go on a quest to find where he is

Understanding the Artist - . emotional art. ‘ art for me is not an end in itself, but a means of evoking that mystery

The failed artist - . music : serenade (schubert). automatic. brought to you by vipul

The Botanical Artist - . an integrated lesson plan emphasizing observation donna pence. what is a botanical

Meet the Artist - . what is. a cartoon ?. a cartoon is…. … a humorous drawing published in a newspaper or magazine.