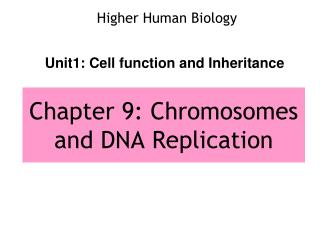 Chapter 12 DNA Analysis - . identify individuals from unique genetic code in every nucleated cell in the human body can