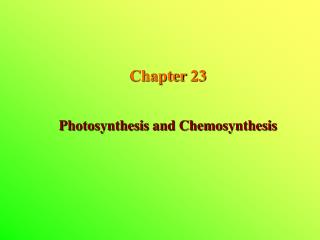 Chapter 23* - . ecology and the environment. the organization of ecological systems. the smallest living unit is the

Chapter 23 - . the respiratory system. part c. lung collapse. caused by equalization of the intrapleural pressure with

CHAPTER 23 - . peripheral vascular surgery. objectives. after studying this chapter, you will be able to: recognize the