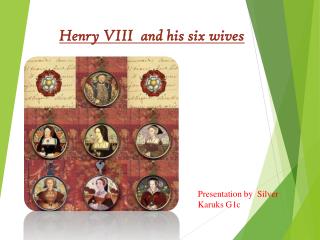 Henry VIII and his six wives Henry VIII and his six wives. Presentation by Silver Karuks G1c. Henry VIII. 28 June 1491 – 28 January 1547 Palace of Placentia was the birthplace Mother was Elizabeth of York and father was king Henry VII, king of England and Lord of Ireland King of England and Ireland

Henry VIII and his six wives

WELCOME TO HENRY FORD MACOMB HOSPITAL ORIENTATION! - . 5/1/14. our mission to improve human life through excellence in

Unit 7 - . the libido for the ugly -- h.l.mencken. aims. to know the author, henry l. mencken to understand the text to

Henry VIII - . all about the king. contents. who was henry? henry’s children catherine of aragon anne boleyn jane