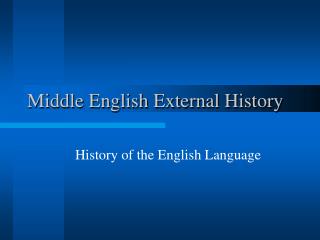 The History of English - . how english has changed over the past 1500 years. outline. the pre-english period the old

Englishness, civil society and linguistic identity in Britain - . in paxman’s words: “ the greatest legacy the

LANGUAGE CHANGE AND VARIATION IN ENGLISH (Chapter 1, pp. 21-62) - . main topics concepts of change and variation: how and

Five Historical Themes: Why do people use drugs? - . human beings have a basic need to find ways to cope with their