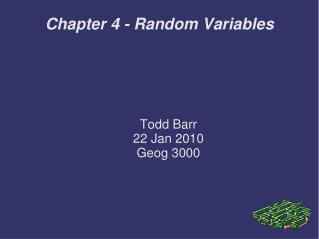 Chapter 4 Using Probability and Probability Distributions - . chapter goals. after completing this chapter, you should be