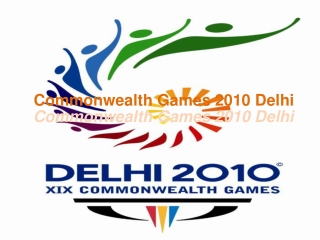 The Organising Committee Commonwealth Games 2010 Delhi is in the process of issuing Accreditation cards to to the following categories of award-winning sports persons, to enable them to witness the mega event being held in the country from 3- 14 October 2010:

Commonwealth Day 2014 Presentation - . welcome to a special presentation for students to understand more about the

COMMONWEALTH OF LEARNING - . a feasibility study for a virtual university for small commonwealth states. dato prof

Topic: Commonwealth 2010 games - . made by: name: sourav. the impact of commonwealth games on tourism feb 20