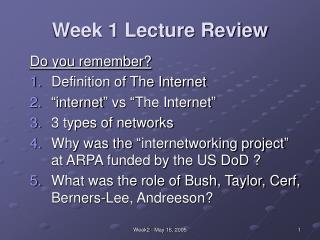 Nanoscience and Nanotechnology Lecture 19 - . only 7 lectures remaining! (including this one) review of traditional