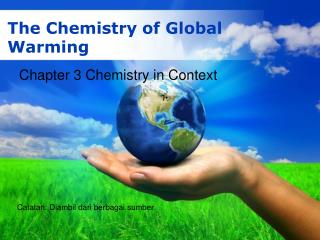 Chemistry Chapter 3 - . atoms: the building blocks of matter. atom who?. atom the ________ particle of an element that

Chapter 3 Problem Solving in Chemistry - . section 3.1 what do i do now?. objectives: list several useful problem-solving

Chapter 3: Bio-Chemistry - . biology . organic chemistry. all living things have carbon in them orgo- a class in college

Chemistry 100 Chapter 3 - . balancing chemical equations and stoichiometry. the chemical reaction. what happens in a

PreAP Chemistry Chapter 3 - . democritus was the early greek philosopher who is credited with the concept of the atom

Chemistry Chapter 3 - . atoms: the building blocks of matter . clicker ?. how long have people been interested in

Chemistry The Science in Context Chapter 15 Chemical Equilibrium - . climate models are a system of differential

Chemistry chapter 3 - . sample problems. isotopes. the number of neutrons is found by subtracting the atomic number from