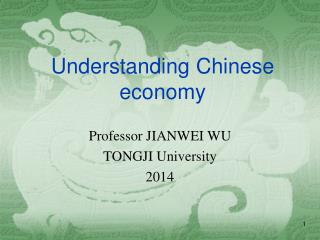 The Chinese Economy - . the people’s republic of china. some basics. land: 3.70 million square miles (7.1% of the world

The Chinese Economy - . can it ride to the rescue of the world?. some scary numbers. the communist party says that growth

Chinese Economy from WWII - Present - . after wwii, the communist party gained a lot of support. mao zedong was the

Understanding how “Investments” help the economy - . most of us work for a living. but what do we do to the income

The US Political Economy: Understanding Our Lives - Bill barclay - nil jwj 10-2011. 2. thinking about the political