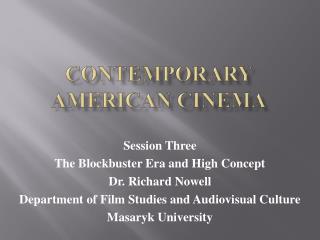 French Cinema - . past and present. outline. introduction part i. the birth of cinema part ii. the classics part iii. the

The Auteur Theory - . in film and television. motion pictures. in cashiers du cinema by francois truffaut in 1954 came