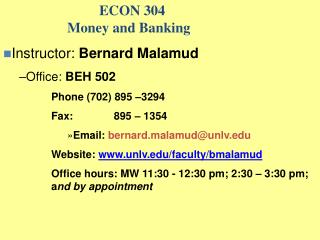 Credit/Deposit/Money Creation - . discussion. where does money come from? have you ever thought of money will create more

CHAPTER - MONEY AND THE BANKING SYSTEM - . characteristics of money money and banking in history deregulation. click to

MONEY and BANKING - . chapter 13. money. how is money different from barter?. money is anything that people commonly

Where should i put my money? - . checking? savings? under the mattress?. an introduction to banking. banking vocabulary .

Ch. 10: Money and Banking - . sec. 1: money: its function and properties. functions of money. money – is anything that

Money and Banking - . mr. bammel. money. medium of exchange  something that is accepted by all parties involved and is

First Exam - . econ 311 money and banking. consider how expectations about the future can affect current