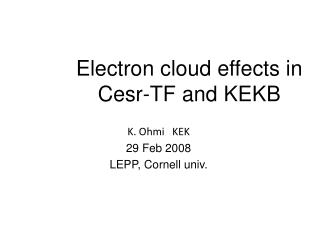 Electron Configurations - . you will need: your homework from friday (quantum mechanical model in last week’s packet)

Introduction to Electron Microscopy - . fundamental concepts in electron microscopy the construction of transmission and

What is simplified in this picture? - . the thompson: discovery of the electron the electron (thomson). cathode ray tube