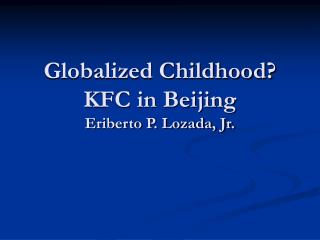 Hide and Seek by Vernon Scannell - . before he got into poetry he spent time in tough occupations including boxing and

Supporting Early Childhood Transition: - . state of the evidence and implications for policy and practice. beth rous