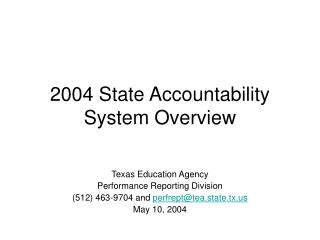 State Reporting Updates - . ascus meeting april 4, 2014. what is ?. azeds serves as the data standard for the arizona

Support for Accountability - . tools of the trade. from the district and building perspective, organizing assessment can

Creating a Culture of Accountability in Washington State Government GMAP- How it Works - . presented to the legislative

The Relationship between the State and the Private school System in Denmark - . ove korsgaard, faculty of arts,