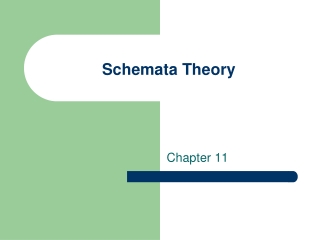 Constraint Satisfaction and Schemata - . psych 205. goodness of network states and their probabilities. goodness of a

Communalities of these approaches Schemata as high level knowledge structures - Frame . this is a remembered framework to