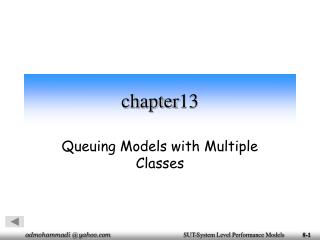 The Cardiovascular System - . the major organs of the cardiovascular system the heart structure and function. after today

Chapter 13 Membrane Channels and Pumps - . permeability of membrane is conferred by two classes of membrane proteins :

A General Class of Models for Recurrent Events - . edsel a. pena university of south carolina at columbia [e-mail:

Brave New World Chapter 13 - . emma mccune. summary. henry asks lenina if she wants to go to a feely with him, and she

CHAPTER13 MEASUREMENT - . professor gary merlo westfield state college. what is to be measured?. this is not as simple a