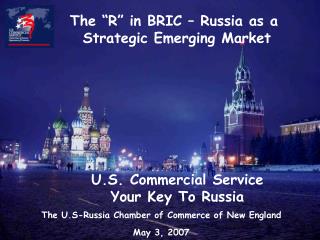 All about Russia - . facts on russia. the capital of russia is moscow. r ussia is one of the thirty most popular tourist

Welcome to Russia. - Welcome to russia. features of russia. russia has baikal lake is the deepest lake in the world

Its Always Tougher In Russia - . history after 1918. by: emily suslowicz . &amp;. han truong. the days of vladimir

Voice of the Customer - . presented by the university of texas-school of public