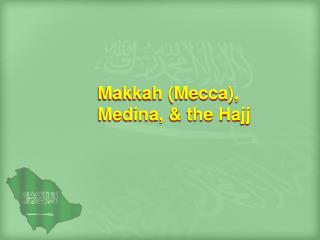 Makkah (Mecca), Medina, & the Hajj. Makkah & the hajj. Masjid al-Haram - Makkah. The path and sequence of the Hajj. Ihram. Tawaf around the holy Ka’abah – at the beginning and at the end of the Hajj. Mina (Encampment). Climbing Jebel al- Rahma at the Plain of Arafat.

The Nervous system - . some parts of our brains stay as malleable as a baby’s, so we can create neurons and learn new